From a casual glance, the hydrogen-line dominated spectra of A-type stars may look rather similar and thus not very interesting. Nothing, however, could be further from the truth: on close inspection, they display a plethora of different peculiarities that, even today, tax the abilities of theoretical modelling attempts. The phenomenon of the chemically peculiar (CP) stars is restricted not only to the A-type stars but is encountered in roughly 10% of the main-sequence stars between spectral types early B to early F.

"CP stars, in particular the magnetic ones, lend themselves perfectly to the study of the interplay of a wide range of interesting astrophysical phenomena such as atomic diffusion, abundance stratification, pulsations and magnetic fields," says Dr. Ernst Paunzen from Masaryk University (Czech Republic), first author of a recent study and head of an international research group that uses the extensive spectral archives provided by the Large Sky Area Multi-Object Fiber Spectroscopic Telescope (LAMOST) to search for new CP stars. 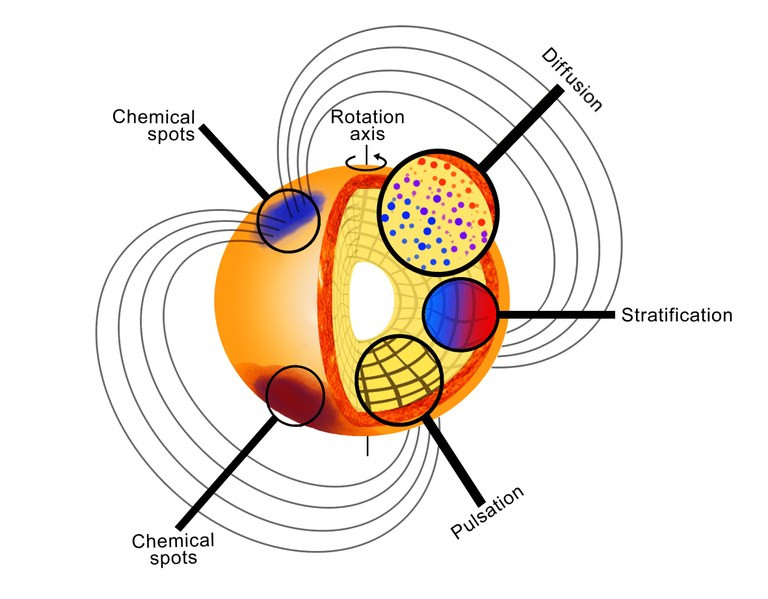 Using spectra from LAMOST Data Release 4, Dr. Paunzen and his colleagues recently published an extensive list of 1,002 magnetic CP stars that were mined in a semi-automated way from the LAMOST archives and discussed their evolutionary status in detail. Their most recent study deals with an even rarer group of CP stars, the so-called mercury-manganese (HgMn) stars, which show strong atmospheric overabundances of Hg and Mn (up to 100,000 and 1,000 times over Solar, respectively). Their sample contains on average the faintest HgMn stars known.

The results of the two studies have both been published in Astronomy and Astrophysics.

"LAMOST helps us push the magnitude limits and lets us tap the CP star population beyond the current bounds. The LAMOST archives are a real treasure trove whose exploitation in regard to CP stars has only just begun," says Dr. Paunzen, who is confident that the increased sample size of CP stars will greatly benefit further studies in this field.