M-type stars are one of low-temperature stars with a surface temperature less than 4000K. They are divided M-giant and M-dwarf stars according to their luminosity and surface gravity. Each has different physical properties and research value:

M dwarfs, also known as red dwarfs, are small-mass main-sequence stars .  There are about 70% of the stars in the Milky Way are M dwarfs. Due to its small size and low luminosity, it can only be observed in the range of 1~2 Kpc in the solar neighborhood, which is very suitable as a tracer for studying the chemical/dynamic characteristics of the solar neighborhood. In addition, this type of star is also a popular observation target for humans to search for exoplanets and to find livable celestial bodies.

The M giant stars, are very bright. They are almost at the last stage in stellar evolution.They have exhausted most of the hydrogen inside the star. The M giant star consists of a huge hydrogen envelope with a radius up to 1AU (about 215 solar radii). The large radii make them with high luminosity and are easily detected even at pretty far awary distances. So M giant stars are a powerful tool for tracing the metal-rich structures in the Galactic halo. 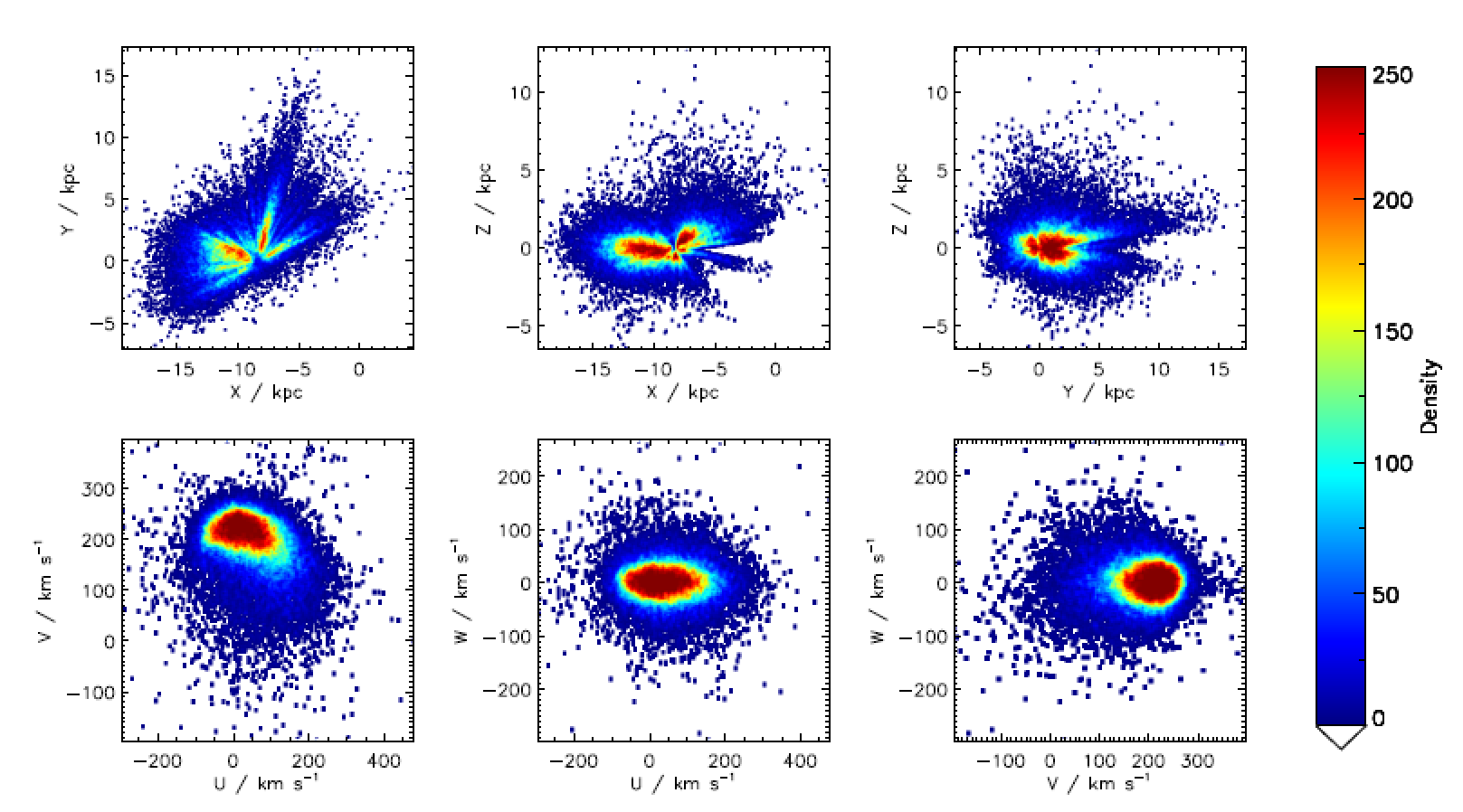