A team of astronomers from the University of Chinese Academy of Sciences has found that the inner and outer parts of the thin and thickdisks, two components of the Milky Way, exhibit different radial metallicity gradients. These results suggest that the structure and chemical evolution of the thin disc could have been affected by star migration while the formation of the thick disk could be influenced by more than one process. These findings are published in The Astrophysical Journal.

Most spiral galaxies, like our home galaxy, consist of a central bulge surrounded by a thin and a thick disk. The evidence shows that these disks demonstrate different properties: for example, the thick disk contains stellar populations that are older, show higher velocity dispersions, and have lower amounts of ‘metals’. By studying characteristics of the two disks, astronomers could shed light on the history and evolution of the Milky Way.

In order to understand the formation of the Galax, Dr. Cuihua Du and her graduate student Yepeng Yan analyzed the chemical and kinematic properties of the Galactic disk using a sample of almost 308,000 giant stars from the LAMOST spectroscopic survey and the latest Gaia data release. Researchers have obtained data on the stellar atmospheric parameters, radial velocities ofthe stars to distinguish the local thick-disk and thin-disk stars. Furthermore, they analysed the variations of metallicity and distributions of orbital eccentricities which describe how stretched out the star orbits are and could help to probe the formation mechanisms of the thick disk. 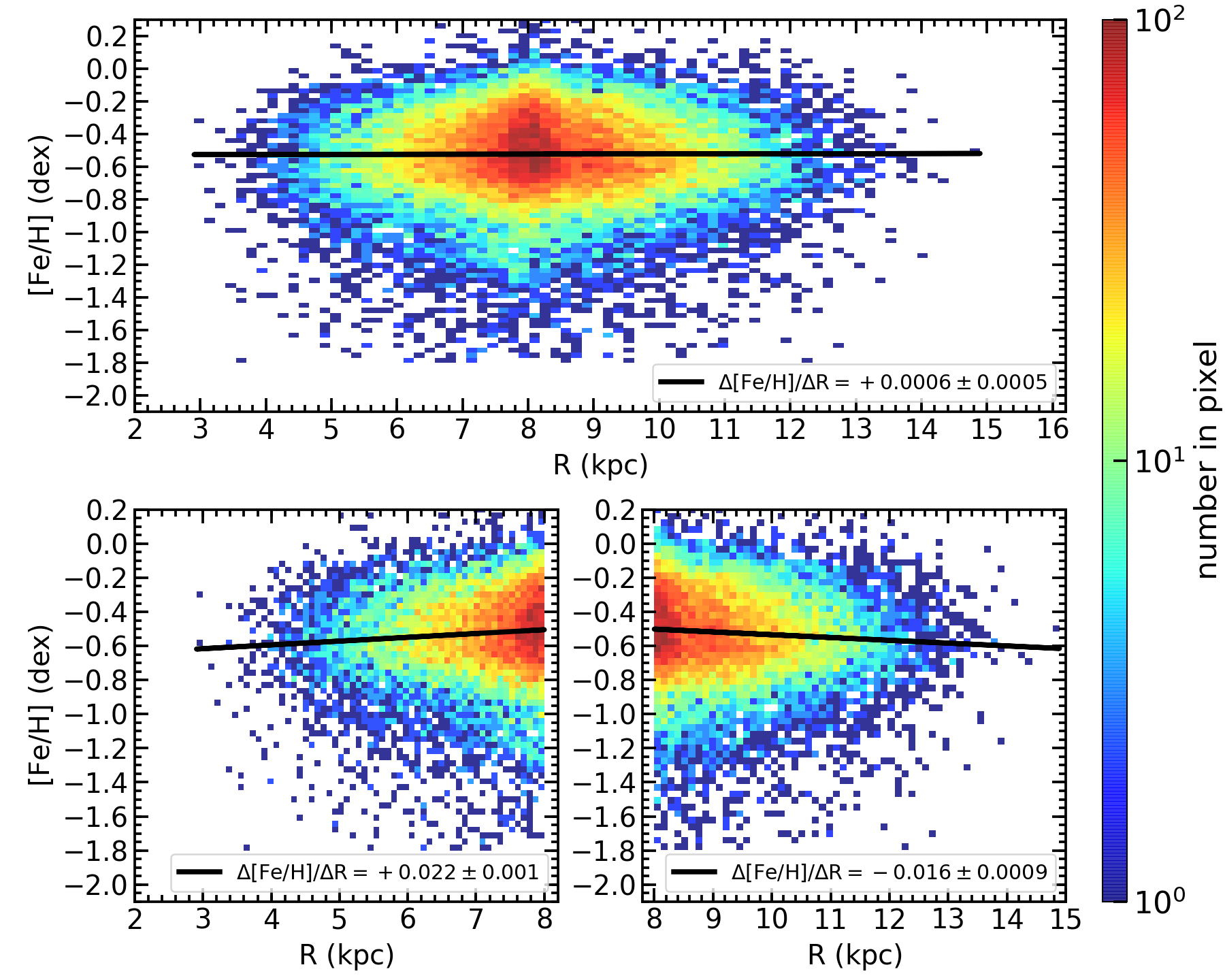 Results obtained by the researchers demonstrate that both the thin and thick disks show two different metallicity radial gradients in their inner and outer parts. In the inner part of both the thin and the thick disk, the abundance of heavy elements in the stars increases with the distance from the Galactic Centre, while in the outer disk the inverse is true.  According to the derived properties, scientists concluded that radial migration could have influenced the structure and chemical evolution of the thin disk. However, the formation of the thick disk could have been affected by more than one process: for example, by accretion of the smaller satellite galaxies, and other formation mechanisms such as star migration or heating. These different properties imply that two populations may have different formation and evolutionary histories.  This provide some important clues to the formation of the Galaxy.