In modern astronomy, more and more evidence has revealed that most large galaxies contain supermassive black holes with masses ranging from millions to billions of solar masses in their galactic nuclei. When the gas in the galactic nuclei falls towards these supermassive black hole and forms an accretion disk, energy is released in form of electromagnetic radiation in almost all wavelengths. In this case, the galactic nuclei is called "active galactic nuclei". The most powerful active galactic nuclei are given the term “quasar”. They have luminosities as high as ten thousand-times of galaxies themselves, and are the most luminous persistence celestial objects in the universe. The extreme power released by quasars in turn regulates the evolution of their host galaxies. Thus, quasar is an important probe to study the galaxies and their environment in the distant past. 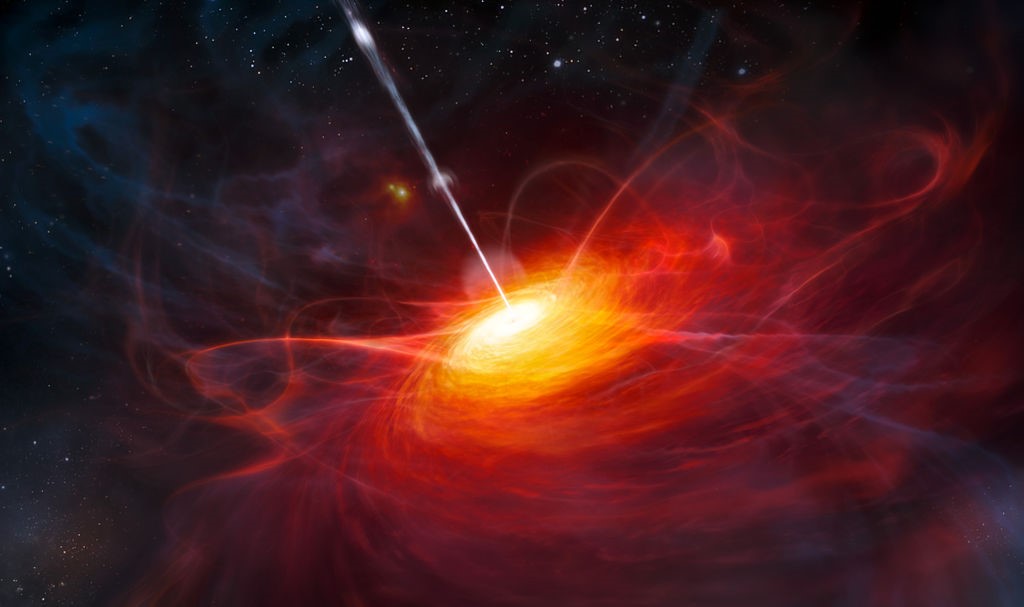 Since the discovery of first quasar, 3C 273, great efforts have been made to find larger number of quasars during the past half century. Recently, a group of scientists led by professor Xue-Bing Wu in Peking University have published new release of LAMOST quasar survey catalog in the Astrophysical Journal Supplement Series (ApJS, 2019, 240, 1, first-authored by Dr. Su Yao in Peking University). LAMOST is a large sky area multi-object fiber spectroscopic telescope built by China, with an effective light-collecting aperture that varies from 3.6 m to 4.9 m and a field of view of 5 degree in diameter. The LAMOST regular survey was carried out since September 2012 and has observed spectra for more than 9 million celestial objects, which makes it the largest spectroscopic sky survey in the world. The new release of quasar catalog is the third one in a series of papers of LAMOST quasar survey. In their work, 19253 quasars have been identified in the observations performed between September 2015 to June 2017, 11458 of them are independently discovered by LAMOST, in which 8162 are discovered for the first time. This work also provides results of optical spectral analysis for the quasars and the black hole mass estimates based on the spectra.

After 5-year regular observations, LAMOST quasar survey has identified 42552 quasars, with the most distant one having redshift of z=4.8. Among these quasars, 24764 are independently discovered by LAMOST while 17128 of them are discovered for the first time. Now LAMOST quasar survey is the second largest quasar survey right after the Sloan Digital Sky Survey. In addition to the great supplement to new quasar discoveries, LAMOST quasar survey has also provided a large database for investigating the quasar spectral variability and discovering unusual quasars by comparing LAMOST with previous observations. One such example is the discovery of 21 new changing-look AGN done by Qian Yang, a former PhD student in professor Wu’s group, using LAMOST data and other ground-based telescope data, which doubles the number of such rare kind of objects. Now the LAMOST quasar survey is still ongoing and more new quasars is expected to be discovered in the future.